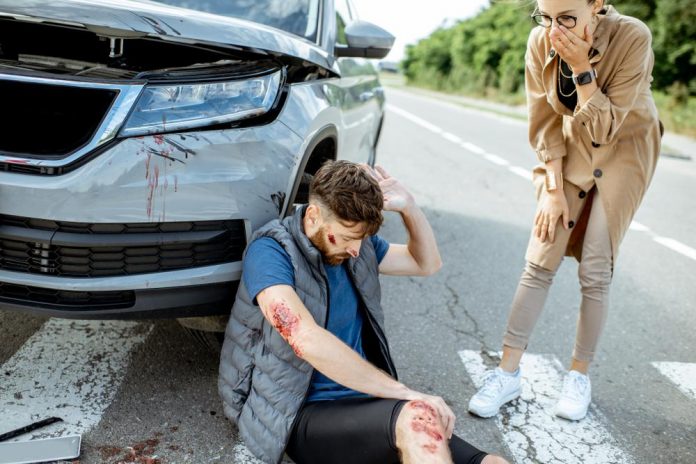 At any given time, pedestrians are at a much greater risk of injury and death compared to drivers on the road. While vehicles protect drivers and passengers from serious harm during an accident, no such protection extends to pedestrians, who tend to get the worst of such accidents, and might even acquire fatal injuries during a seemingly minor crash. Nearly eight thousand pedestrians lost their lives in traffic accidents in the United States in 2021, a figure that represents an increase of almost two thousand compared to the preceding year. It is also alarming to note that this figure is the highest recorded in the past forty years, making it a very serious and present problem.

If a pedestrian gets hit by a moving vehicle in traffic, they might be able to file a civil lawsuit against the negligent driver. If you or your loved one got involved in such an incident, you can enlist the help of a pedestrian accident lawyer who can sue the offending driver on your behalf and help you get compensation for your physical and financial damages as well as emotional pain and suffering.

Although the question of liability in pedestrian accidents might appear to be an easily answerable one, the outcome of each case depends on the circumstances surrounding the incident. In most cases, the offending driver bears the liability for hitting a pedestrian with their vehicle and must pay for any damages to the pedestrian. However, in states where the rule of contributory or comparative negligence is observed, the pedestrian will not be able to receive all their damages. Instead, the amount they receive as compensation would be reduced according to the extent of their fault in causing the accident.

For instance, if a pedestrian is found to have been improperly crossing the road when they were struck by the vehicle, the defendant can argue that they could not have been reasonably expected to avoid them. However, the statutes dictating the pedestrians’ right to cross the road vary between different states, and your legal team needs to be aware of your state law before filing a lawsuit.

In rare cases, a pedestrian lawsuit might involve more than one defendant. For example, a plaintiff can seek legal action against the driver, the car manufacturer, and the government entity if the driver is found to be a municipal employee. Multiple defendants might also be seen in pedestrian car accident lawsuits where the city municipality shared part of the blame for the accident. For instance, if a road sign does not work properly or the traffic signal malfunctions, the pedestrian can sue the city beside the driver of the vehicle to obtain compensation for their damages.

Establishing liability in pedestrian car accident lawsuits can be a complicated task that requires a keen knowledge of local and state law. If you were hit by a moving vehicle while crossing the road, you might file a lawsuit against the driver responsible for your accident. A skilled lawyer can file a lawsuit on your behalf and fight your legal battle to get you the justice you deserve.

6 Defenses Used In Domestic Violence Charges & How To Beat Them

When To Look For A Personal Injury Attorney

Kallum Kazz - November 28, 2022 0
What Does A Family Law Attorney Do? What goes into the family court? First of all, comes marriage. All the things related to marriage go...

Why Do You Need A Personal Injury Lawyer For Your Injury...

Everything You Need Should Know About The Role Of  Personal Injury...

Why Do You Need A Personal Injury Lawyer For Your Injury Claim?