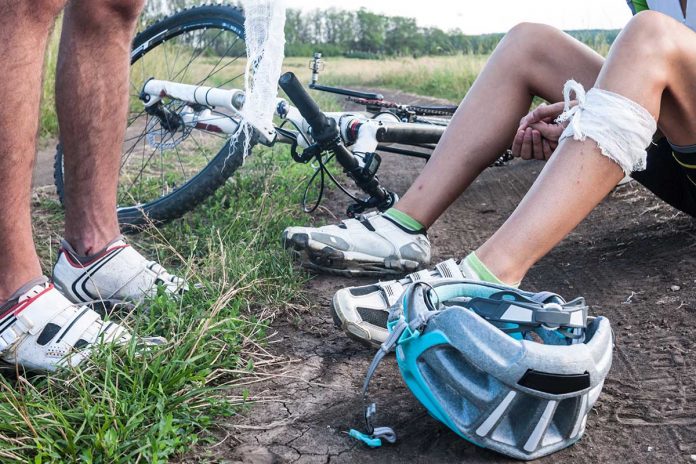 Bicycle injuries are tough to go through and in the immediate aftermath you are likely to be shook up and possibly injured. If you were to speak with bicycle accident lawyers however they will tell you that you should always be prepared for such an event and understand what to do in the time afterwards, in order to support your case against the liable party. This won’t be easy to think of at the time but if you have an idea now, you will be likely to remember that should the unfortunate incident occur.

The first step after an accident involving another vehicle is to call the police and wait for them to arrive. Even if the motorist says that they don’t want to do this, it is always the smart choice that you do make that call.

Never Negotiate With The Motorist

Even if the motorist apologies and accepts the blame for the incident, you shouldn’t negotiate with them about any kind of monetary compensation. The first thing is that you don’t know what kind of injuries you have sustained and the second point to make is that the driver may change their mind in the future about what has been agreed.

If you are able to, simply exchange details with the driver and let them know what your details are. You should be looking to get personal information as well last their driving license number, their license plate and the number of their insurance policy.

If there is anyone around who saw what happened, ask them for their details too, phone number and address is fine here.

Document What Has Taken Place

It is important that you try to document what has happened as soon as you possibly can. This is because the information about the events is going to be fresh in your mind and you will be able to provide the full amount of detail which can be called upon later.

We often find that the police are more keen to find out the story from the motorist and often fail to take down a statement from the cyclist. Make sure that you speak directly with the police in order to give your side of what took place.

Be sure that you have kept any damaged clothing which you were wearing and the bicycle in the state which it is currently in. These pieces of evidence could actually prove to be important later down the line so it is worth preserving this kind of stuff just in case it can help out when the case comes around.

Naturally you should seek out medical attention if you are badly injured, but even if you are not you should make sure that you go for a checkup once you have left the scene, as some injuries may not be felt until days later.

Kallum Kazz - August 6, 2022 0
Lawyers are always the best choice for handling any legal case. Especially for car accident cases, proving your innocence can be difficult without a...